Our experts will reply you very soon.

Click Here to Chat Laxminarain and Company
Need Help? Chat with us 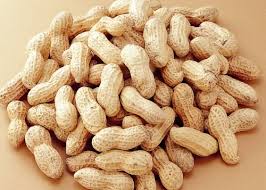 Groundnut / peanut is a crucial oilseed plant appropriate for cultivation in exotic areas of the globe. It is the third largest oilseed created in the world and second largest in India.

Peanuts are known by many other local names such as earthnuts, ground nuts, goober peas, monkey nuts, pygmy nuts and pig nuts. Despite its name and appearance, the peanut is not a nut, but rather a legume.

awareness and concern for quality amongst the Indian groundnut shellers and processors are growing steadily. Multiple sorting and grading are fast becoming a norm. Indian manufacturer have the capability to prepare and supply edible peanuts conforming to highest standards.

Groundnut is the major oil seed crop in India and it plays a major role in bridging the vegetable oil deficit in the country. Groundnuts in India are available throughout the year due to a two-crop cycle harvested in March and October. Ground Nuts are important protein crops in India grown mostly under rain-fed conditions.